“After that, I finally started learning the language, so it was easier for me to communicate with managers, chefs. I started hanging out with American friends, so it forced me to learn the language. Because I really like to cook, it was a little easier for me to find a job that paid me more. If was easier for me to negotiate my contracts. To communicate with service [front and back of house] and to be able to go to the chef and say, I need more money. I’m good at my job, I feel I deserve more for what I’m contributing. So that was an advantage for me,” he says.

“When you get a higher position, it’s not just communication with your service, it’s with your managers and sometimes with customers,” he says.

That was after getting a handle on every station at Pietro’s and leaving dishwashing jobs behind for good within being here for five months.

“I worked for another year with Pietro’s but on South St. as a line cook. By that time, they definitely gave me more money. Then, I was working at Time as a line cook for a year.  I learned a lot from Josh McCullough. Before he[McCullough] got the cdc there, he was a linecook with George Perrier. He was good. I learned a lot.”

“Not to 86 anything. If you 86 something, just make shit happen. Like if you wanna 86 burgers because all of Philadelphia doesn’t have meat, find a way to keep going.”

So lamb or even veggie burgers as possible stand-ins, then?

“Yea, do whatever, but don’t 86 it. Don’t say you can’t because you can. You know you’ll be able—just figure it out. As a linecook there, he [McCullough] used to come to me and say, make me soup tonight for the special. Maybe a dessert or maybe a bouche. He didn’t tell me what to do. He just said, I need this and this. So pretty much, just figure it out. That was good for me because in my job right now, I need to figure out what I’m going to do for soup, for specials, or chef tastings. With chef tastings, you need to come out and shine, three courses, four courses. And just come up with something, make it happen.”

Next up was working for Jeremy Nolen at Brauhaus Schmitz, where Rincon says he learned how to cook anything with beer, while fine-tuning his handle of sauces, condiments, and jams that went with everything from the sausages to the charcuterie.

After that, he was exposed to the frenetic rush of opening a place as he helped launch JG Domestic for the Jose Garces Restaurant Group under Chef de cuisine Dave Conn. 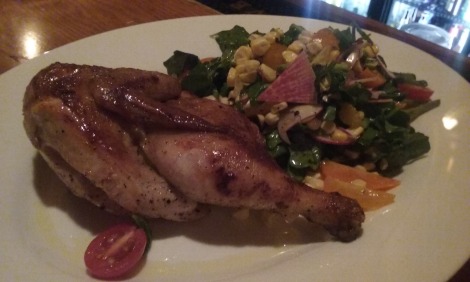 At JG Domestic, he says he learned how to plate “American dishes”.

“Dave, every time he came to work—he was the cdc and Garces was the chef—he had holes all over his shirt looking like he really didn’t give a fuck. That kind of chef—I just come to cook. But the passion every time he plated something—that was just inspiration for me because I saw every time how he tried to make it something nice, beautiful, good. To me, he was one of my inspirations. Chef Garces, I learned how to be gentle with your staff, how to treat everybody right. But from Chef Dave, I just learned the passion of the food, that everything matters, that everything had to be in the right place, right flavor,” Rincon says.

From there, he was doing Spanish tapas while working at Jamonera for owners Marcie Turney and Valerie Safran.

“I opened the restaurant with them in 2012. I learned little bites—Spanish bites. Bocadillos. Anything. Fries to whatever. I guess chef liked how I worked, so she sent me to Lolita’s to work a couple days over there,” Rincon says.

He was also picking up shifts at Barbuzzo for Turney & Safran while working 68-72 hours during five-day work weeks.

“It was awesome because I went from Spanish to Mexican to Italian rustic. I started with Italian [at Pietro’s] and I went with Italian again with Barbuzzo. The knowledge was there. Just different techniques at Barbuzzo.”

In contrast to Pietro’s, he was making fresh pasta at Barbuzzo. And the plating was more rustic, compared  to the quick sautés of Pietro’s, he says.

“When they’re plating at Barbuzzo, it’s not heavily detailed—[like] you’re putting a flower over here or there. At JG Domestic, it’s more like art, like you’re painting—more contemporary. At Barbuzzo it’s more like it doesn’t have to be perfect—it just has to taste good,” he says.

“Things went down. Stuff happened—mismanagement with the owners,” he says.

While his first sous chef job ended prematurely, he did get to work under his friend Joel Mazigian, whom he met while working at JG Domestic where Mazigian was a sous.

From Mazigian, Rincon says he learned how to organize and run a kitchen—a must when he was suddenly in charge of three line cooks at Lemon Hill. 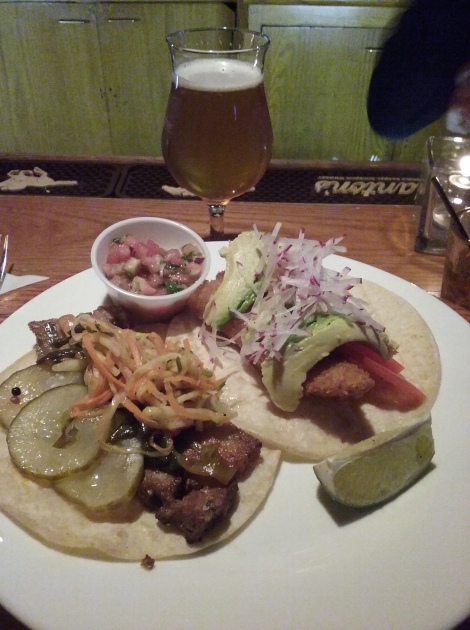 His progression in management continued with a sous chef position at Paradiso on east Passyunk—from May 2013 to January 2015—where he oversaw four people on the line. Now, as the Chef de cuisine at Chris’ Jazz Café, he has a crew of 7 people, has put out his own menu, and has even more responsibilities, including raising the restaurant’s profile. To help in that regard, he’s been a doing an industry night open to all on the last Monday of the month. 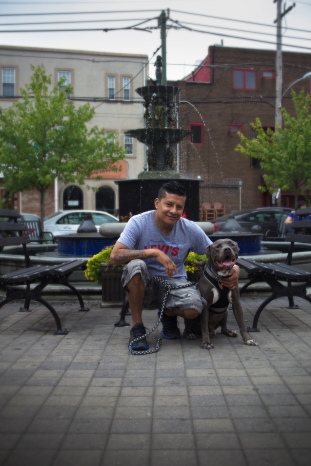 While pay and working conditions in restaurants continues to become more of an issue, Rincon contends that entering into the industry is now easier for immigrants from Mexico and Central America then it was for him 15 years ago [almost the same time that Dionicio Jimenez’s journey through Philly restaurants started].

“I don’t think there are as many obstacles anymore because in any way, you can work. Because so many Spanish speaking people are here, they pretty much opened the door for whoever comes behind them and it’s not as difficult anymore,” he says.

“Right now, I have a line cook and he negotiated with me [for a pay raise] in Spanish and that’s a big difference now,” he says.  “Still the communication between him and the other cooks is a little bit off.”

Good thing then, that said line cook will have the man running the kitchen helping him to adapt.

I previously spoke with Jhonny Rincon for this Food Junkets piece on tweaking the Thanksgiving meal, and this Philadelphia Inquirer piece on mole around Philadelphia.