“Now, people want their meat in polite, pretty packages,” Domenick says, still chafed by a recent customer who nearly refused to purchase a desired section of lamb after the sight of the shoulder and ribs proved “too anatomical,” according to Domenick. 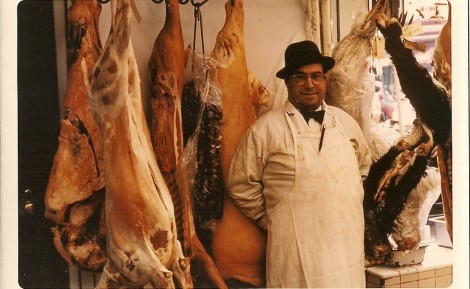 But, as Antoinette points out, they’ve been seeing a turnaround that’s been going on for over a decade along with the noted rise in food culture.

“People are coming back to natural foods,” she says, “to trying new things.”

Prior to the last decade, it was only the area’s diverse immigrant influxes—which Antoinette and Harry say they first noted after the Vietnam war—that created a renewed interest in the animal parts that some of the younger Italian generations had moved on from (i.e. Domenick sites West African immigrants who eat battered and deep fried bands of tripe; Chinese families who stop in for pigs feet; Jamaicans who use goat heads for stew).

“We love our foodies here,” Domenick says of the people who have him inspired to eventually upgrade their dry aging from just porterhouses, rib eyes, and New York strips to full sides of hanging beef, in addition to taking on curing and smoking. 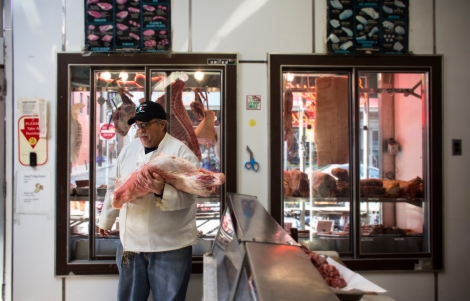 As for the next generation, there has been some hope placed on Harry Jr.’s son taking over the business, though he’s now out of college and enjoying life teaching high school Latin (Harry Jr. also has a daughter close in age to his son). Domenick, who admits he wasn’t interested in running Cappuccio’s while in his early twenties, also relates how he brings in his young grandchildren (through marriage) to the shop from time to time.

Two years ago, when I raised the issue, Harry Jr. beamed while mentioning his son’s tales of visiting local butchers while studying abroad in Greece. On that trip, his son apparently shocked several locals by relating that, yes, he was familiar with a lot of what he was seeing in the old world shops he visited. After all, he has put in a few days each year at the shop since he was fourteen.

Now, Domenick hopes his brother Harry will put in more hours after he retires—though he doesn’t expect that to be anytime soon. So, the bulk of the hours (6 days a week) fall on him.

But that’s only been the case for little over a decade.

Prior to that, he was putting in two days a week at the butcher shop while working as a photographer the other five.
CONTINUE READING >